About Bill Pearl and LBReport.com 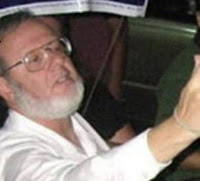 For over two decades, LBReport.com has told its readers what other local media outlets and the city government will not or are afraid to report. Bill Pearl started LBReport.com in 2000 to fill an information vacuum. The Long Beach Press Telegram was not reporting many things the people of Long Beach needed to know.

​Along the way, he made many city officials grit their teeth or caused their blood pressure to rise. Some took Bill off of their media lists thinking it would punish him for going beyond their puffy press releases. But Bill is pleased to anger officialdom because it means he has done his job. He has told the public what City Hall does not want them to know.

​His business model of angering City Hall and the Long Beach Chamber of Commerce meant he didn’t get rich, but the public was informed and he put pressure on elected officials to serve the people they were sworn to represent instead of special interests.

The PT reported on several proposed tax increases supposedly to raise funds to increase the number of police officers that REALLY only guaranteed a tax but did not commit the city to hiring any more officers. The PT also did not report a lot of crime stories.  Bill Pearl knows certain parts of the city are more likely to experience violent crime than others. He created a graphic to show in which city council districts these crimes are taking place, especially shootings and homicides. Not just for a week, or a month but for years.

​Bill is quick to remind readers that Long Beach has a thin blue line and that mayors and council members who vowed to add police have actually decreased the number of officers. He reported on the impacts of reducing the number of fire stations on response times.

​During elections, Bill has helped the public follow the money, reporting on the special interests donating to candidates and what those candidates did with the funds.

​He has also kept people posted on the U.S. Space Station and other technological developments.

​Bill believes good journalists have an obligation to tell people what they need to know, not what makes politicians and other officials look good. LBReport.com has also been criticized for not looking pretty. Bill has avoided pre-fab web works in favor of a website that looks as serious as it is.

Bill is so excited about telling people what is happening that he puts it all into his long headlines and even longer leads, much to the chagrin of his wife, journalist Sharon Katchen.

​And if people think his stories are ``wonky” they are correct. Bill crafts them with the care and detail of the lawyer he is.

​So if ever there was a role model for a tough, fearless, ethical, unwavering journalist it is Bill Pearl, publisher of LBReport.com.